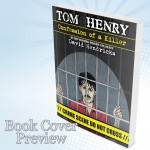 Just last week the news reported the resolution of a 32-year-old murder case. You may remember it as “the dingo’s got my baby” case.

In 1980 a young Australian family was vacationing in a remote area. Lindy and Michael were a God-fearing couple—devout Seventh Day Adventists—with two boys, ages seven and four, and a brand new baby girl. One night Lindy, returning to the tent, saw a wild Australian dog shaking her two-month-old baby in its mouth and running away. She screamed, “Michael, Michael, the dingo’s got my baby!” A massive search was mounted but the baby was never found. A week later, however, a bloody jump suit she had been wearing was discovered about 4,000 meters from the tent.

The rumor mill began pumping its bilge. The religious couple, seemingly a normal, loving family, was “sacrificing” their daughter. Her very name, “Azaria,” meant “sacrifice in the wilderness.” Lindy always dressed her in black. Their religion was a cult that killed infants as part of religious ceremonies. Lindy was a witch. Her demeanor was too cold, too unemotional. The family’s car was “awash in blood.” Azaria’s bloodied and torn clothing was found folded in a ceremonial manner. And on and on. Mindless piling on and, under the apparently universal notion that seeing a person down is a good and valid reason to kick them again, morbid dingo-dog jokes proliferated.

The police examined the case. Lindy was tried for murdering her daughter and, doomed by a world-famous “expert” and new blood evidence—both he and it would later be discredited—she was convicted and sentenced to “life in prison with hard labour.” She was pregnant and soon delivered the couple’s fourth child, a boy, who was taken from her and she was returned to prison. The High Court refused to hear her appeal. Lindy was finished.

Three years later an English tourist inadvertently gave his life for Lindy’s freedom. He did it by falling to his death while climbing in the area where Baby Azaria had been abducted. Searchers looking for his bones, which were thought to have been carried off by dingoes, came across Azaria’s jacket, the one Lindy had said she had been wearing, an idea the prosecutors had mocked. It was found in a dingo den. Lindy was released.

Since then Lindy has been a free woman—in the sense that she wasn’t in prison—but it took four coroner’s inquests over a 32-year period before Lindy was proffered an official apology and a correct death certificate for her then two-month-old baby, Azaria, who the day before would have turned 32.

One tweeter wrote, “Finally, justice was done.” That made me angry.

I thought of that mother of three, her horror in seeing her baby shaken in the grip of a wild dog’s teeth, her shame as newspapers ripped her dignity to shreds, her stabbing pain when comedians created laughter at her daughter’s expense, the degradation of people spitting on her in the courtroom, the finality of her conviction and denial of appeal, and her heartache after being thrown into prison for life and denied the company of her children—the two who remained and the one who was born there—and, when she was finally freed, the dull desperation of living with the knowledge that she was a national pariah.

Justice was done? After 32 years they may have stopped the bleeding, but justice for Lindy can never be done.

Thank you for reading my first monthly blog.

My book, Tom Henry: Confession of a Killer, will be e-published in September, with a paper version to follow shortly after.